It took a little longer than expected to get my 30 Day Challenge underway. If I was in my kitchen at home, I would have been onto it a little quicker as I would have had all of the equipment necessary. In the spartment there is a basic supply of bowls, jugs and cutlery but I knew that I really needed a set of electronic scales if this was going to work. Finding the right store that was selling these at the right price took a little longer than I had thought.

So I am now under way. With a mixture of instructions from cityhippyfarmgirl, Sour Dough Baker and Fiona I am now on Day 4 of making the 7 Day Starter. (Fingers crossed)

The cries of horror that rang out around this tiny apartment when I explained that this wouldn't be ready for a week were enough to make me sort out a quick yeast bread that could be on the table by the end of the day. I managed to track down some sachets of hefe (yeast) at the Bio Mart, so with the wholemeal flour I had bought on my first supermarket trip I was ready .

I followed the recipe set out by Fig Jam and Lime Cordial and was thrilled with the results. The two loaves that this recipe made were greatly appreciated during Friday dinner and Saturday lunch. I should mention that Friday dinner was another batch of the Cream of Vegetable soup that I first made last week. So much nicer with homemade bread too. 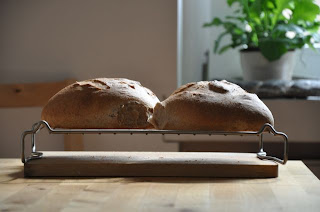 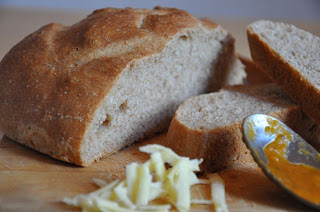 Pancake breakfast came a day early today as we had forgotten to soak the bircher overnight. Whoops.

The berries are amazing here at the moment. I had wandered through the markets on my way home yesterday and thought it would be a crime to not buy these beautiful raspberries and blueberries. Some of these little wonders stirred through some vanilla yoghurt has become a bit of a favourite late-night snack around here. 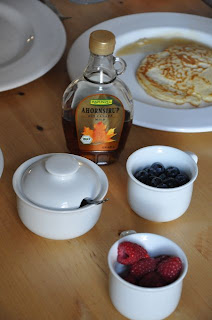 The urge to bake took hold again this morning and there was a need to have a go at the butter biscuits that we had made earlier in the week. With a lime, a grater and some raw sugar, all was in place to make a slight variation on the basic recipe. 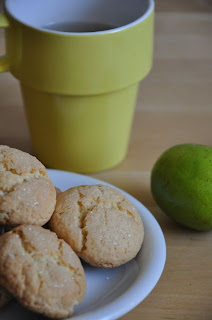 Once again, the now empty plate tells the story. 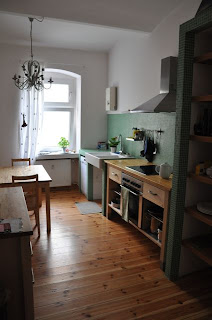 Just a little snap. This little space just make me want to cook.

Take care
Posted by Bruise Mouse at 4:17 AM

Email ThisBlogThis!Share to TwitterShare to FacebookShare to Pinterest
Labels: food