Yesterday a request was put in for some Cinnamon Scrolls. It was a bit of a Little Red Hen moment as no-one was really that interested in the making of the rolls, but everyone was more than happy to assist in the eating. In fact, they were so willing to oblige that the last two were finished this morning after a pancake breakfast.
With guests coming for afternoon tea the suggestion of another batch was made. The first batch of the dough went straight to the compost. I have absolutely NO idea what happened but it was just wrong.
Take two.
The dough this time looked and felt right. I did cheat a little though and used the bread maker for getting the dough to the rolling stage. I made sure to add all the the fluids first and made sure to leave the flour and yeast till last. 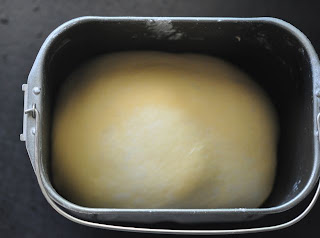 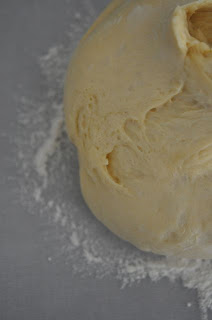 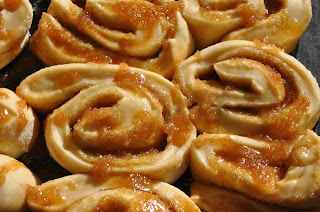 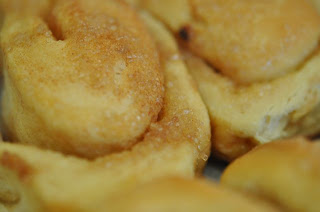 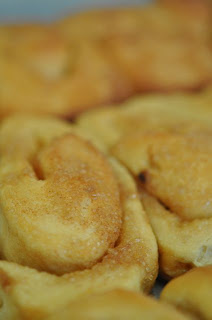 I haven't bothered to ice the buns as the recipe suggests as these are already sweet enough.

Even though the afternoon tea didn't eventuate there are only a trio of scrolls remaining on the baking tray.

Hoping you all had a great weekend.

Email ThisBlogThis!Share to TwitterShare to FacebookShare to Pinterest
Labels: food